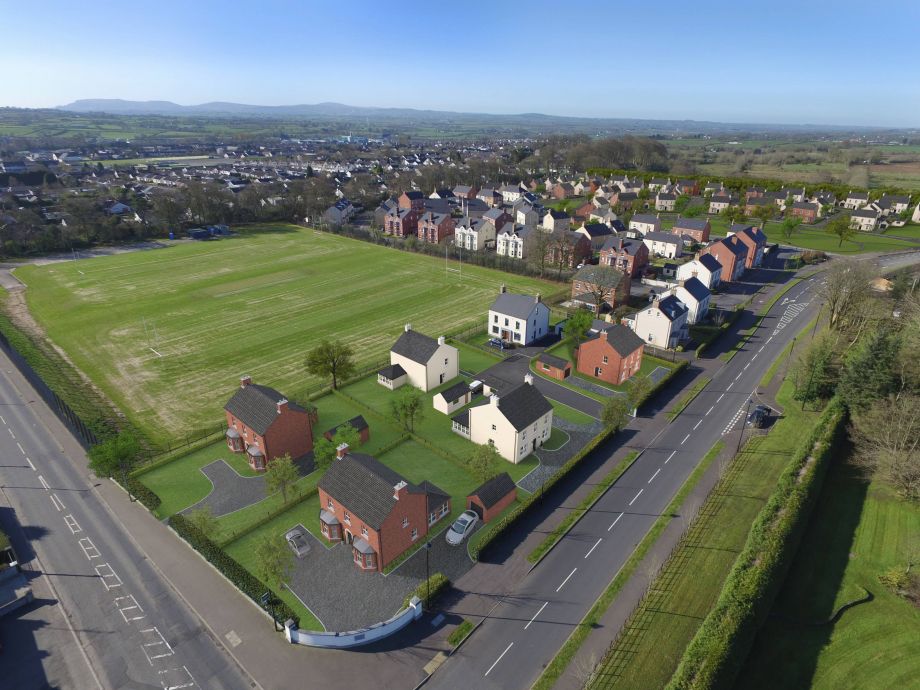 Work is set to commence at Northern Ireland’s largest development scheme at Reader’s Park in Ballyclare following the purchase of the land last year by London based Neptune Group.

The scheme, which has a current gross development value of £350 million will take around 20 years to complete.  Aside from delivering much needed housing stock to Northern Ireland, the project will also bring significant employment to the Antrim, Ballyclare and Ballymena area.  Estimates indicate that around 600 jobs will be created with 300 of these jobs being sustained for the duration of the 20 year construction period.

Neptune Group has a firm footprint in the property market in Northern Ireland, having a construction pipe line of almost 4,000 residential units across the province.  The group is currently developing the old Belvoir Park Hospital site in south Belfast – the first phase was released last April and was sold out immediately.

“There is a real demand for high quality homes in Northern Ireland and we’re delighted to be supplying such a large number in order to help meet this demand.  We pride ourselves on building homes to a high standard both in terms of design and quality and we’re very much looking forward to beginning work and ensuring each new home has the Neptune stamp of approval.

Creighton continued:  “We are also planning for the future construction of a further 59 units which will be situated on the Templepatrick Road.  We’ve had positive engagement with Antrim and Newtownabbey Borough Council to date with regards to the new “Ballyclare Relief Road” which will run through our land ownership and how that can be brought forward in a timely fashion. During the lifespan of this scheme we are committed to working closely with the local community and elected representatives to ensure that the 165 acres of development land at Ballyclare realises its full potential and becomes a valued asset to the area.”

Ulster Unionist MP for South Antrim, Danny Kinahan, voiced his support for the scheme and the benefit it will have on the local economy:

“I am thrilled that Neptune Group is starting work on this landmark development bringing such wide-reaching benefits for Ballyclare and South Antrim as a whole.  With 600 jobs; 300 over the long-term development schedule; this represents a massive economic boost not to mention the provision of high quality housing that it will deliver with the initial build of 64 houses out of the 1,800 planned.  I will continue to work hard to ensure that the development is appropriately served in terms of infrastructure and that all stakeholders including schools, services and businesses are given careful consideration in bringing about the necessary infrastructural improvements.”

“I’m very pleased to see work commence on Reader’s Park by Neptune Group.  The amount of jobs the development will bring is a massive boost to the local economy which has endured some challenging times of late.  I’m also sure the current homeowners in the scheme will be delighted that the Neptune Group is committed to the long term future of Reader’s Park.”

Simon Brien Residential will be managing the sales of the homes, Simon Brien said:  “There’s been a shortage of premiere new high quality housing schemes in Co. Antrim over the past 10 years.  With the scale and quality of finish of the new Reader’s Park, we’re confident that Neptune Group will create a destination and a range of prestigious homes that will attract buyers, not only from the local Ballyclare area, but also from the wider Co. Antrim region and further afield.”

The first phase which will be accessed via the established Reader’s Park housing, was released at the end of May via Simon Brien Residential and Country Estates.  It will comprise of a range of three and four bedroom homes with prices starting at £139,500.