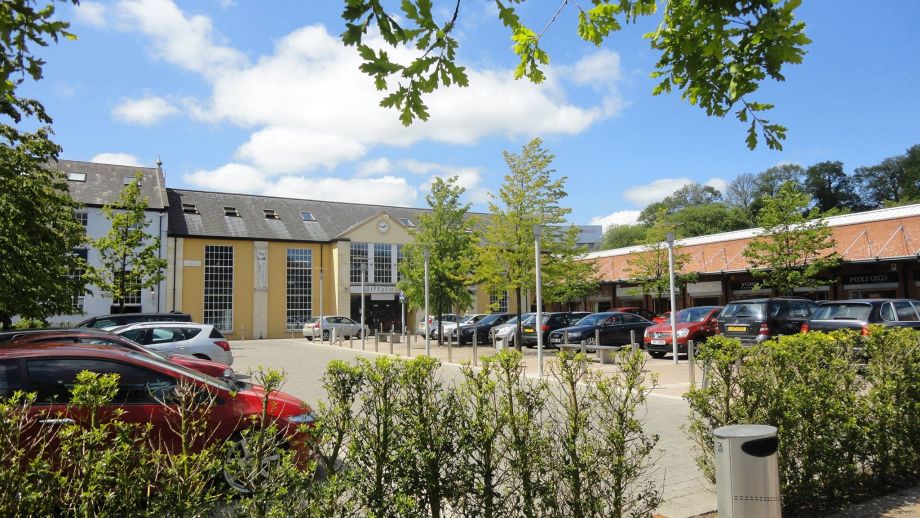 Popular shopping hotspot The Linen Green Designer Village in Moygashel on the outskirts of Dungannon, Co. Tyrone has been purchased by Neptune Group for an undisclosed sum.

The London based property company, which has a number of residential projects in Belfast, specialises in urban regeneration and property investment. It has plans to rejuvenate and invest in the scheme over the coming years to further establish it as a major retail destination for Mid Ulster.

The Linen Green was developed between the early 1990s and mid 2000s as a designer village but has evolved over the years to host a wider range of tenants. As well as boutique fashion and home ware retailers, it now also features a farm shop, restaurants, offices and medical occupiers.

It currently has many niche retail brands including Boudoir, Panache, Bedeck and Foxford. The food and restaurant offering has grown strongly with the very popular Deli on The Green, Coffee Loft and Bedeck restaurant ensuring the regularly large crowds are well catered for.

The scheme has a number of buildings extended to approximately 150,000 sq ft.

Patrick Heffron, director, Neptune Group commented: “Linen Green is one of the premier boutique retail outlet destinations in Northern Ireland. It has an impressive footfall and has the advantage of being located a very short distance from Junction 15 of the M1 motorway and within 45 minutes drive of 90% of Northern Ireland's population.

“We feel that the scheme still offers fantastic potential and we plan on adding to the already vibrant tenant mix by repositioning it to create a really exciting retail experience.”

Commercial property agents, CBRE managed the sale on behalf of the vendor and have been appointed by Neptune Group as managing and letting agents for the The Linen Green Designer Village.